Amani Bodo is the youngest son of the late-lamented Pierre Bodo (1953-2015), who was one of the leading representatives of Congolese painting. Amani Bodo is a self-taught artist and at the age of 21 his works entered the famous Pigozzi Collection. He is one of the most gifted Congolese painters of his generation. His figurative and symbolic paintings draw inspiration from the family’s artistic world and display a surrealist feel. Amani depicts his ideas, visions and sometimes even his dreams. One of Amani’s favourite themes is Africa’s relationship with the world and, more widely, the relationship between the developing and developed countries.

The backgrounds of his canvases are often an impressive rash of flecked colours, a cosmic nebula which immediately grabs the attention and contributes to the dazzling yet mysterious feel of his works. Amani Bodo also displays his talent when depicting the Congolese sapeurs (dandies, as here represented in front of the Fondation Louis Vuitton in Paris, dressed in colours by Daniel Buren in 2017). He not only portrays people but also animals, following the great tradition of Congolese peinture populaire. Amani Bodo's first solo exhibition at the Texaf Bilembo Cultural Center in Kinshasa (March - May 2016) proved a resounding success. After European group shows with MAGNIN-A, Amani Bodo’s work was later shown in solo shows by Angalia in November 2016. 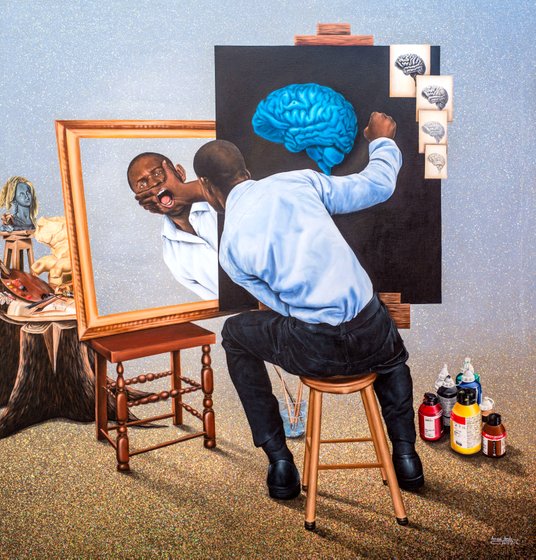 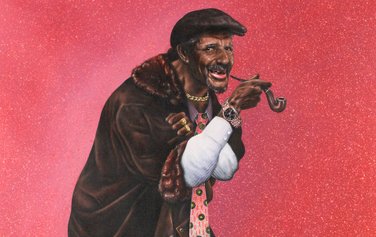 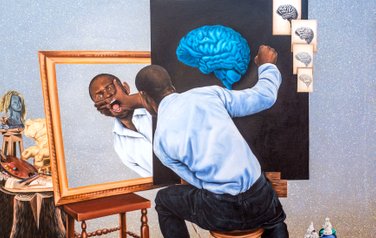 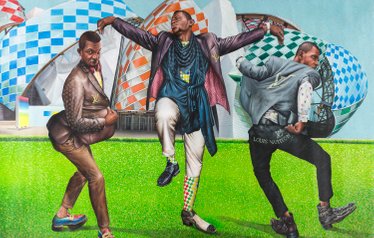