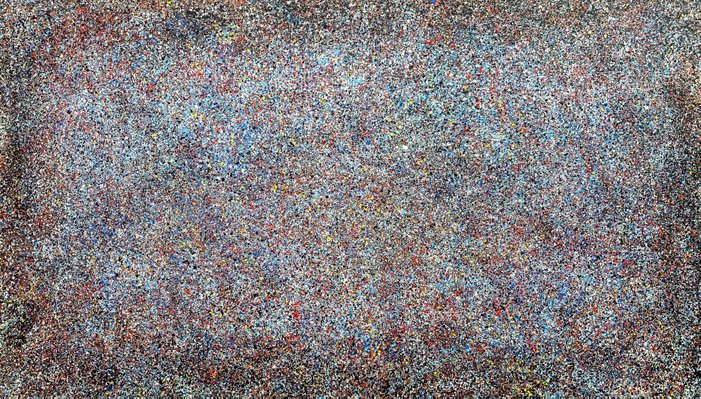 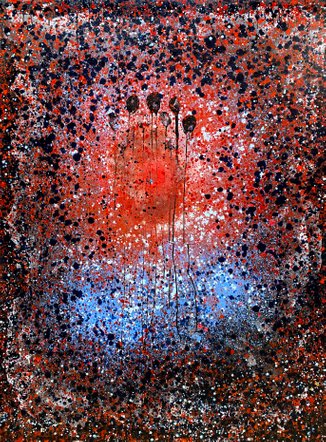 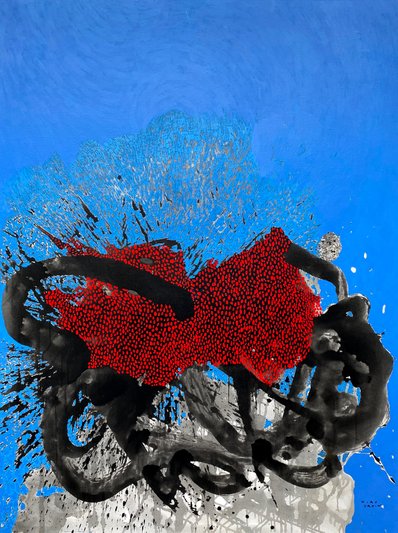 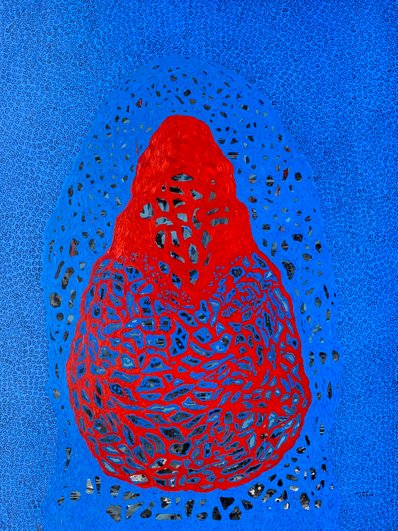 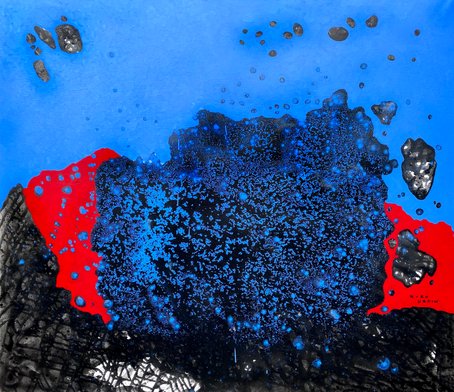 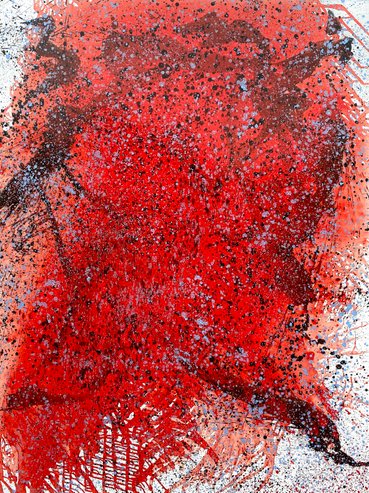 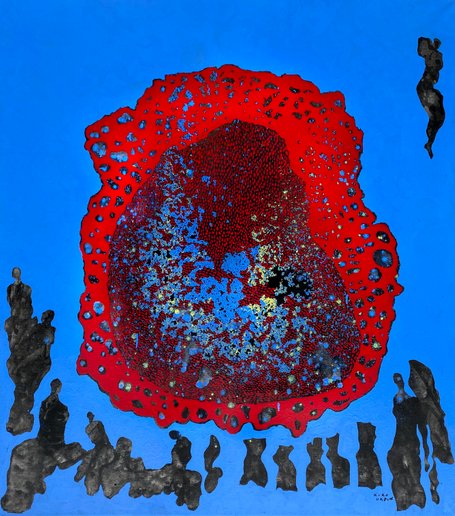 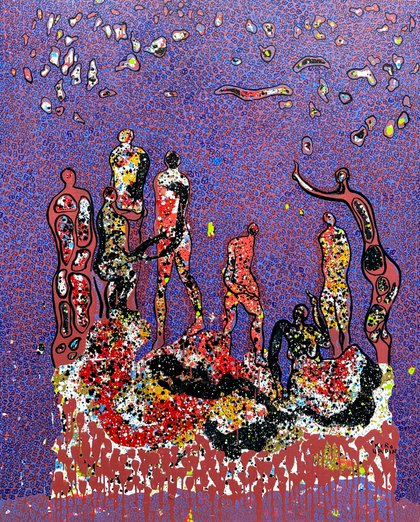 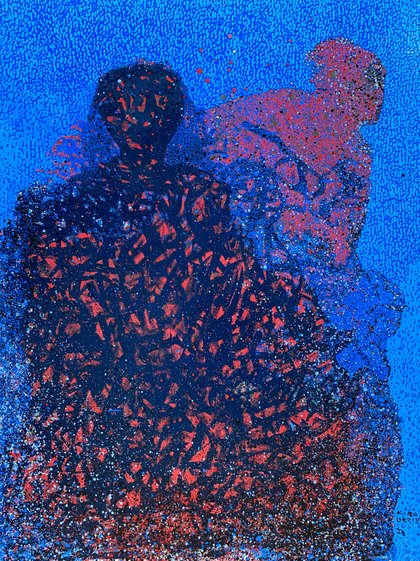 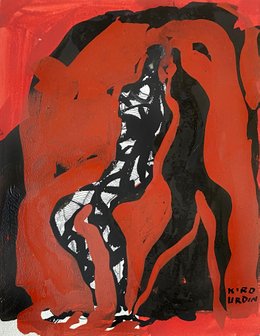 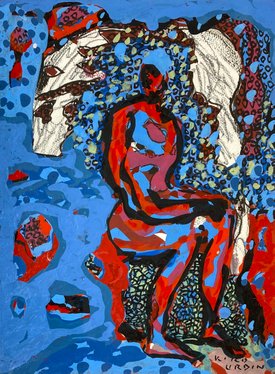 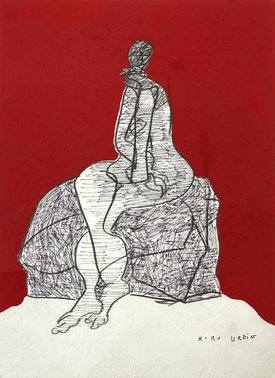 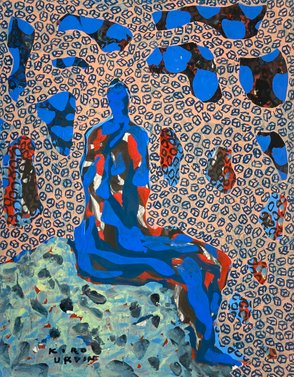 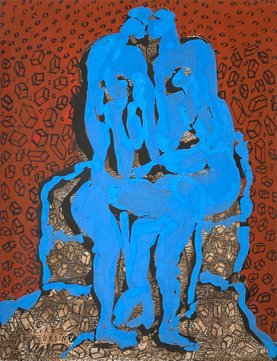 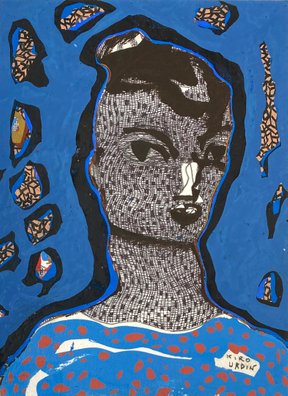 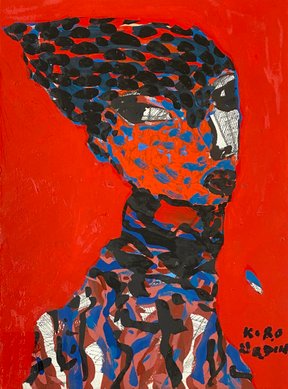 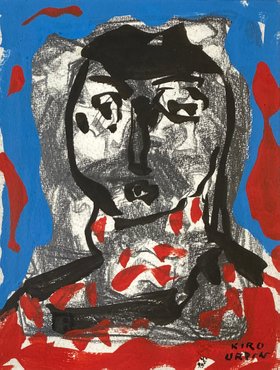 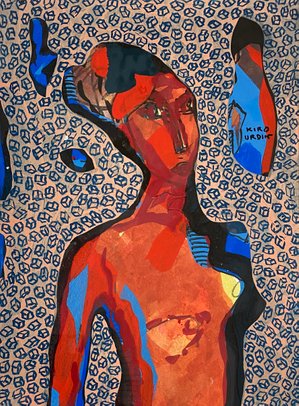 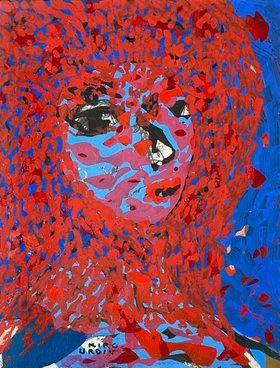 A lawyer turned journalist, Kiro Urdin studied art and cinema in Paris in the seventies and has been painting since 1985. He is known for his energetic paintings which have been exhibited worldwide since 1986 in cities like Paris, Yokohama, Los Angeles, London, Stockholm and Bratislava. During the same period, in 1988, Kiro went to New York and Hollywood to pursue his film ambitions. There he directed four films, and he keeps on directing documentaries and experimental films today.

In 1996 Kiro embarked on an epic journey around the world to create the first painting to be worked on all over the world. His idea was to incorporate a piece from every place he visited, thus symbolically bringing the world together in one undivided unity. It took him two years and over thirty locations, from big urban cities to ancient world sites: the Wailing Wall in Jerusalem and the Tomb of Jesus Christ, New York, The Berlin Wall, Ohrid, Brussels, Knokke-Zoute, Bruges, Paris, Rome, Pompeii, Pisa, the Suez Canal, London, Stonehenge, Athens, the Nile, the Great Pyramids in Giza, Kenya, Machu Picchu, Cuzco, Bangkok, the Forbidden City and the Great Wall of China, Tokyo, Kamakura, Mont Saint-Michel, and Eindhoven.

A Macedonian film crew was hired to document the effort. Planetarium. the documentary film was subsequently released. Directed by Ivan Mitevski, it won Best Documentary at the New York International Independent Film and Documentary Festival in 2005. A monograph with photos taken during the two-year trip by Marin Dimevski was released simultaneously to the movie. Today the painting is exhibited at the Danubiana Meulensteen Art Museum in Bratislava.

Planetarium Dance is collaboration project between Kiro Urdin and Toronto-based choreographer Debbie Wilson. On seeing the film, Debbie approached Kiro and proposed to expand the Planetarium experience through a new medium - dance. Macedonian composer Venko Serafimov was called onboard to compose the music for the dance. The ballet features eight dancers from Wilson’s own troupe, a local Toronto contemporary dance company, and seven from the classically trained Macedonian National Theatre. Planetarium Dance premiered at the Toronto Dance Theater (Canada), and since has been performed in Ohrid, Heraclea, Skopje, Chicago, Ankara, and during the commemoration of the United Nations 60th Anniversary in Geneva (Switzerland).

Urdin’s work has evolved beyond traditional media like film and paintings to include dance, sculpture, literature, photography, philosophy and design. He has published over 15 books, some with his thousands of aphorisms, and one book of poetry entitled Novel, from which his poem Light was selected for the Pushkin Festival in Moscow.

Working from Belgium, Macedonia and the U.S.A., Kiro Urdin is vibrantly driven in his efforts by one unifying philosophy: to bridge different cultures together, and to bring all art forms into one. Or as he defines the slogan of the Planetarism movement which he founded:

2005     Restrospective at the Macedonian Academy of Science and Arts, Skopje, Macedonia