Steve Bandoma graduated from the Kinshasa Academy of Fine Arts in 2004 and then opted to move to South Africa, where he gradually constructed his own style, raised his profile, began to exhibit regularly and finally managed to make a name for himself on the South African art scene. In 2009, Bandoma hit the road again, travelling to Paris to take up a residency at the Cité Nationale des Arts. In 2011, he exhibited his work at Art Basel, in Pointe Noire and London, and finally moved back to Kinshasa in 2012, where he showed his work at the Centre Wallonie-Bruxelles and at the French Institute.

Bandoma employs a mix of drawings, colour projections and collages, making for an incredible aesthetic of explosion or rather implosion, chaos and suffering, often against the backdrop of a clash of civilizations. Faces, limbs, body fragments, animated statuettes and fetish all fuse to bring to life what seem like superficially wild and incoherent creations which are in fact very well thought-out and carefully arranged. Indeed, most of the time Bandoma produces series. His creative and vibrant work moves and fascinates people.

Several of Steve Bandoma’s artworks were exhibited at the Beauté Congo - Congo Kitoko exhibition at the Fondation Cartier (Paris, July 2015 - January 2016). Steve has recently exhibited at the Texaf-Bilembo Cultural Center in Kinshasa from April - May 2017 but also in art fairs like AKAA (Paris) and 1-54 (London, New York and Marrakech). 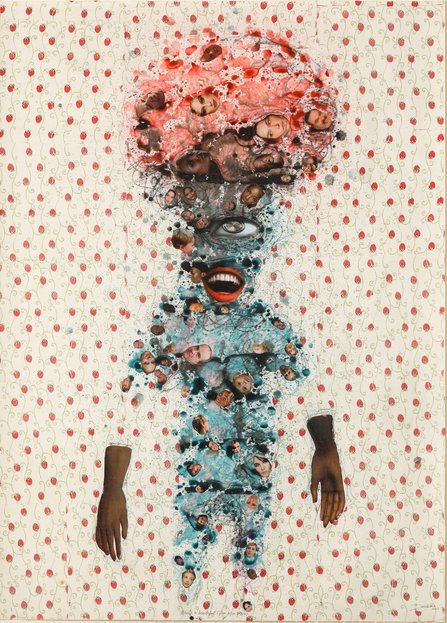 Black is Beautiful (from the Afro Series) 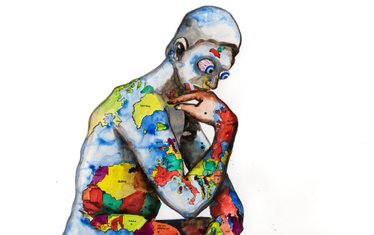 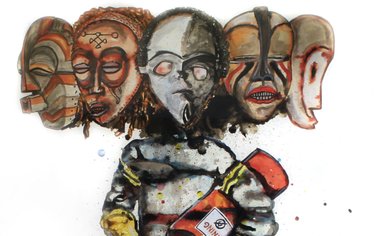 L'Étalon Or (from the Lost Tribe Series) 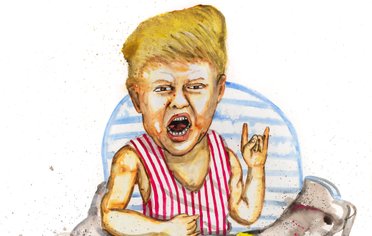 Little Trump (from the Power Series)